Today, while driving home, I peeked at Tremida in my mind’s eye and was surprised to find myself in a small rowboat on an unfamiliar lake with Ed. I took a brief glance around at the trees. They were thinned of their autumn leaves, a strange change I had not expected. Sitting in the car, the summer sun was baking my arms. There, the cold sun cut through the trees in bright copper streams, just cresting the top of a ridge that ran all around the body of water we were rowing across. There was a strange sense of familiarity, not unlike déjà vu.

I stopped looking. There is no insurance policy that covers spontaneous trips to Tremida as an excusable reason for a car accident.

When I got home, Ed expressed curiosity about that familiar feeling I had looking into those trees. Honestly, I was curious myself. I had never been farther than the lake, and I needed to see where this was and why it was uncharacteristically autumn. I had changed the seasons before, but this was entirely unconscious. Away into meditation I went, and back to that place that felt oh-so familiar.

While my 3rd eye opened, I sat in the rowboat and looked all around, trying to grasp what I was looking at. We were adrift in a basin of runoff that had pooled in the woods and poured out into a small rivulet to Lake Tremida, the massive body of water I had originally created. The water was still and murky green, no current. Above us all around were tall, naked river birches and other trees I’m not familiar with. In the distance, near the crest of the ridge, I saw a tiny cabin with an old rope hammock tethered to a pair of trees.

After studying the area, I realized where we were. It was a map I had created for a video game project I never even started a few years back. I had returned to this place so many times to practice game theory, it maintained some type of salience in my mind. Here it was, after years forgotten, returning to me again to give me a sense of adventure. I explained this to Ed as we rowed to a dilapidated dock on the far side of the basin. Above us, the tiny cabin rested at the top of the ridge. 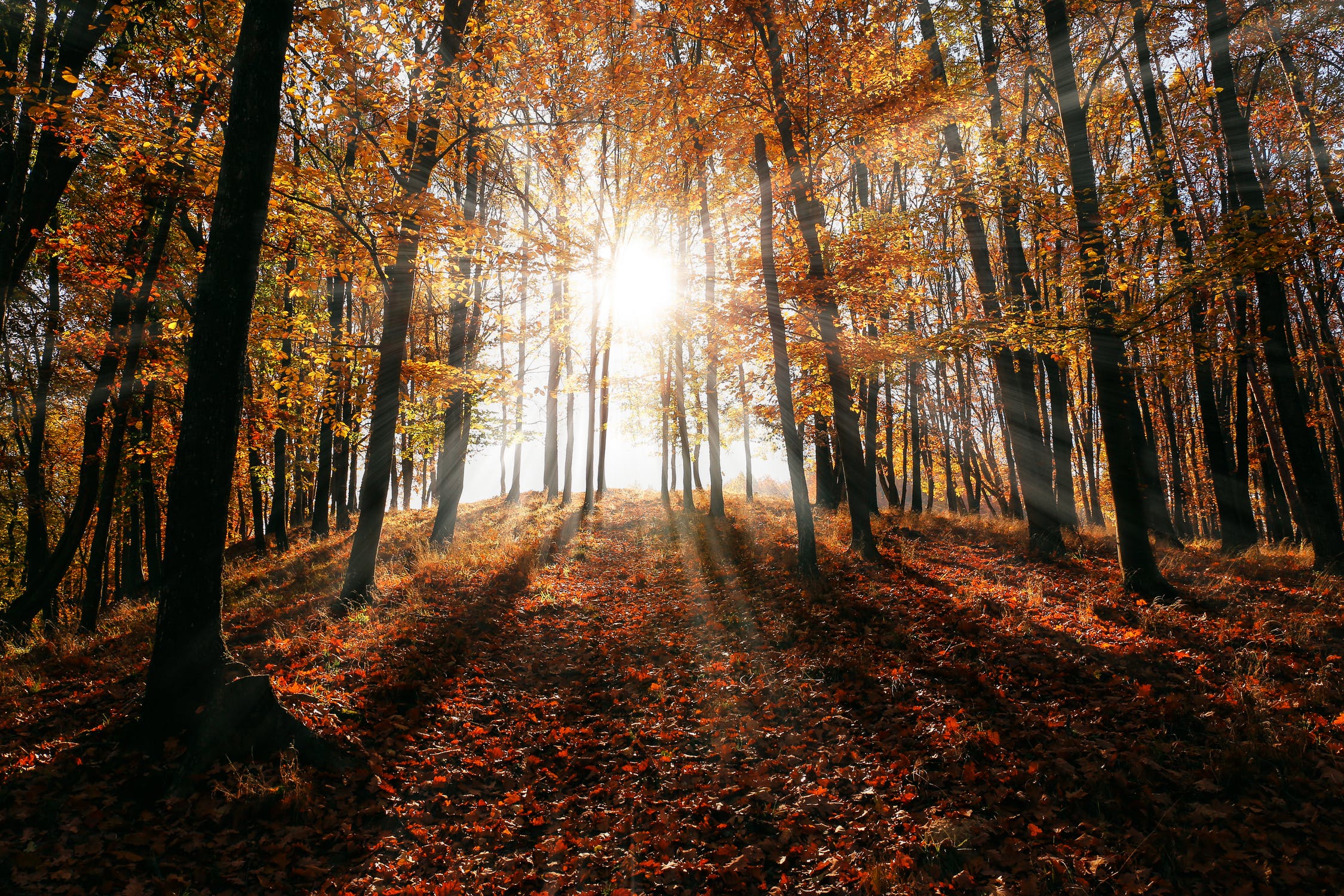 I solved where we were, but the cabin was a mystery. Ed asserted that he had nothing to do with the cabin being there, and try as I might, I had no memory of the little cabin in my project. It really was a tiny thing, no bigger than the average bedroom. If I had to give it dimension, I would say maybe 11 feet by 14 feet at the largest. It was made of logs, weathered gray, and what I thought could be a slate roof was covered in fallen detritus from the trees above. The front door was primitive, like a single piece of plywood painted red and braced with 2x4s inside. The door handle was black wrought iron, repurposed from a garden gate.

Immensely curious, I pulled open the door. I was surprised to hear an audible groan in my ears when I did. Inside, it was very dark. The wan light of the sun on the crest opposite us didn’t even make it inside. I tried to gaze in, focusing my 3rd eye to see what I could.

I waited while Ed thought. I had already created a small idea of what was inside based on what I thought I might see. I could sense Ed mulling it over, seeing snapshots of what I had envisioned. He was cheating, taking the backseat as always to my creative direction. I tried to help him along.

“Is it all new inside?” I pictured a modest, modern interior, lit up by skylights with soft carpeting and couches.
“No.”
“Is it bigger than we think?”
“I don’t think so…”
“You don’t think so?”
“Maybe you should go first.”

There are two ways for souls to share consensus environments. One is by lying down beside you and watching as if they are in a movie, throwing little edits here and there as a contribution. This is called passive participation. Another way is by actually being present in the consensus environment at its respective frequency, the frequency that is closest to what we call “heaven.” This is called active participation.

You can tell the difference between the two based on the reaction of your party. If they are more like backseat drivers or request to switch perspectives, they are lying down beside you. If they are active contributors, they are in the consensus environment as it is on the other side. Changes are harder to make, and they have stronger reactions to changes you make. They don’t always hear or see what you are thinking or projecting.

Because Ed was lying down beside me, he could see what I thought was in the tiny cabin. He couldn’t give a subjective idea of his own because he had become biased to what I had shown him. I have become used to being the director when souls decide to watch beside me rather from over there; this is fine.

Inside, through the blackness, I began to describe to him what I was seeing as I saw it. There was an old black iron stove with a stovepipe covered in dust. Beside it was a basket of wood, bound with cobwebs. It set my mind afire with questions. How long had it been since this place was occupied? Who built it? Were they coming back?

I could hear Ed echoing everything I was saying, and I snapped a look back at him. “What are you doing?”
I always ask, even though I know what he’s doing.
“I’m telling everyone what we’re seeing,” he said. “Who lives here?”
He was trying to goad me into giving an answer that made this place make sense. “I don’t know. Probably someone looking for some peace and quiet.”
“There’s so little light and no windows,” he said.

Surely, there had to be a light. I looked around. We weren’t in total darkness. I could see some things. There was another door directly opposite the one we came through.

“Like a mini Tremida,” [redacted] said from the rowboat.

There was a little window next to the door, throwing some light into the room. In the center of the cabin was a wood table taking up what little room there was. In the corner, an old dirty cot bed with a soiled mattress and wool blanket crusty with age. I realized we had come in through the back door, so I decided to push open the front door, which resisted me a little.

I peeked outside — and was immediately startled to see a man sitting on a woodpile against the cabin, looking out into the trees.

“Holy shit!” I shrieked. Both Ed and I jumped. “I thought that was a man!”

It was a scarecrow, perfectly stuffed and poised to be sitting and staring out wistfully.

I explained what I saw, and we began to speculate.

I started to feel guilty, being the lover of horror, but I also am not one to terrorize in Tremida. It’s one of my rules.

“Why is it here?”
“I don’t know!” Ed was irritated by being startled. He started throwing reasonable explanations at me to self-soothe. “Maybe whoever lived here put that there to ward people off.”
“Yeah,” I said. “Maybe it’s to keep anyone coming down the ridge from approaching the cabin.”
“But why would they need to do that?”
“I don’t know… Maybe they’re paranoid… Or maybe it’s his cabin.” I gestured to the scarecrow. I knew how to scare Ed. “Maybe the scarecrow gets up at night and walks around.”

Ed shrank back. I showed him an image of the scarecrow man standing at the edge of the woods, looking at him and Tremida. Ed did not appreciate the imagery, and I felt everyone’s disdain. I could fix this.
“Maybe he only comes alive on Halloween,” I said.
Strong disapproval from everyone. To avoid their ire, I ducked back inside to investigate further. “Maybe you can make this into a private writer’s retreat, Ed.”
Ed took a look around. “I don’t think so.”

What a shame. I thought it would make a lovely little hideaway.

I checked out the old cot bed. There was a shadow creeping across it. When I strained to see, it was a wolf spider about the size of my palm.
“That’s a big spider!” I yelped. “– Okay, it’s time to go.”
I didn’t even ask who put that there. Fair play, guys.

When we returned to the rowboat, we explained what we saw to [redacted].
“And I think I saw a rattlesnake,” Ed said with confidence.
“No, you didn’t,” I said. I didn’t recall seeing a rattlesnake, and I knew there couldn’t be a rattlesnake at this altitude.

The cabin still boggles my mind. Surely, I must have put it there unconsciously. If I did, why? It seemed to develop on its own without my intention. And that big stuffed scarecrow startled us all, as it appeared from nowhere. It’s not unusual for us to scare each other for fun, but we have a strict rule to not startle each other like that. No one would take the blame for it. Mr. Scarecrow and his cabin shall forever remain a mystery.

Maybe he does come to life on Halloween.

« Creating Tremida: The Start of a Heaven Demons & Possession with Ed »